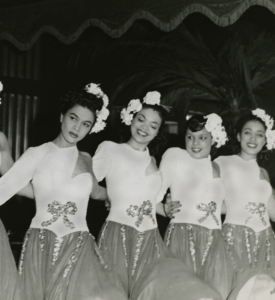 Alice Barker become an Internet viral star when the video of her reacting to film footage of herself dancing in the 1940s was shared. In the video, we see Alice, 102 years old, in her nursing home bed, watching footage from her career as a Harlem Renaissance dancer, moving her hands as though she’s performing the routine and beaming with joy. Alice has since passed, but her story lives on in a website dedicated to her a new performance piece being developed.